The science behind brain training games

Brain plasticity is the ability that the human brain has to change in physical, functional and chemical ways throughout a lifetime. Sometimes also called neuroplasticity or cortical remapping (remapping of the cortex), brain plasticity is the scientific basis of our brain training products because it dictates that the brain changes both when skills are learned and when they are lost.

Essentially, using brain training games, you are 'rewiring' your brains and optimizing the connections between neurons to aid quicker, more efficient cognition in a given area. 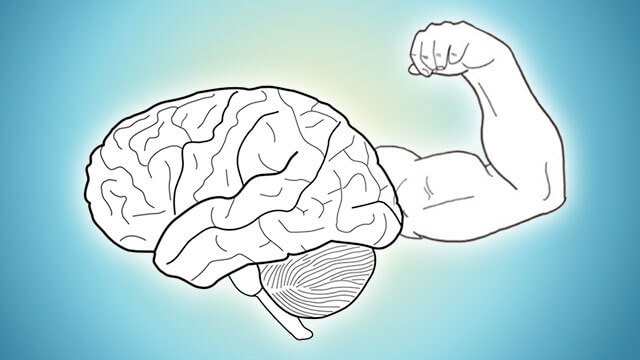 How does brain training work?

Changes in the physical brain reflect themselves as changes in our abilities. This is why practice makes perfect; if you practice the piano every day you rewire your brain until the connections needed to play the piano flow lightning fast, and this is reflected in you becoming a better piano player.

For a brain training program to be effective it needs to provide a balanced mental stimulation for five functions of the brain. There five functions are:

Obviously, this mental stimulation needs to be adequately varied, diverse and complex to get results, and this is where the art of designing brain games comes in, but that is a whole other argument!

When it comes to science, there is plenty of evidence that extols the benefits of brain training for all ages. Scientific American has reported that over 50 studies showing the effectiveness of games for the brain have been carried out while the University of Miami issued a statement declaring early stage Alzheimer’s sufferers have benefited from a brain training rehab program in that patients were able to improve their everyday cognitive skills including remembering faces and taking care of their finances.

The great news that brain's plasticity brings along with it is that whatever age you are, you are still in time to exercise your brain and improve skills, whatever they may be; spatial, linguistic or mathematical. It's never too late to start exercising your brain as its plasticity is there to help you out, however, you should start today, so check out the brilliant brain training games on BrainGymmer and get your brain's neuroplasticity to work for you!

The future of brain training

Admittedly, brain training using hi-tech methods and large scale studies is still in the early stages and indeed, in its infancy. After all, the very concept of neuroplasticity is no older than a few decades, and new discoveries are being made with stunning regularity. However, brain training programs show enormous promise and are sure to get better. Companies such as BrainGymmer will carry on doing much-needed research with reputable institutions such as the University of Amsterdam (as we have already done), and the results from these studies will be analyzed and plowed back into the brain training product. This way, using the scientific method, brain training games can only get more focused and incisive, becoming hugely improved as time goes by and helping more brains stay sharp in the process!