The meaning of cognitive skills and how they function 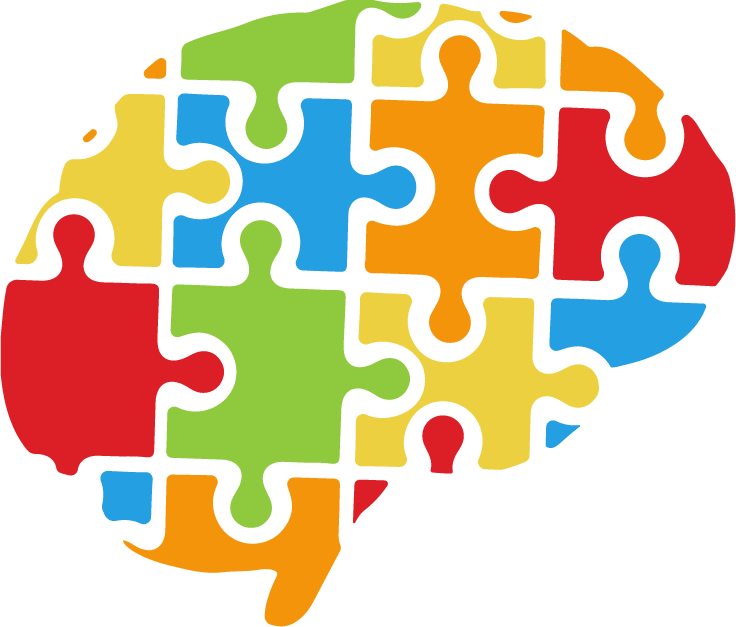 Thinking, learning, remembering and paying attention, it is all made possible because of cognition. The mental processes of cognition and all the skills that are involved make it possible for our brain to do what it does. Without these processes and skills, you wouldn’t be able to remember that happy childhood memory, you wouldn’t be able to travel to work and you wouldn't even be able to read this text! But how does this work? And how to improve your cognitive skills? In this article, we’ll explain everything you need to know about cognitive skills.

Cognitive functions are the mental processes of gathering and processing information in order to perform a task. It helps us to incorporate new knowledge and make decisions based on previously acquired knowledge.
Simply put, it involves everything that happens within your brain when you perform a task. This can be as simple as walking, or as complicated as solving a mathematical equation. The functioning of your cognition is based on its previous experiences, we’ll get back to this at “How can I improve my cognitive ability?” later in this article.
Cognitive abilities are commonly referred to as intelligence. How intelligent you are is also determined by certain factors. Some of these factors are:

We define intelligence as your ability to solve problems, adapt to situations and learn from experiences. The factors that are used to determine how intelligent you are, can be subdivided into different cognitive skills.

What are the cognitive skills? 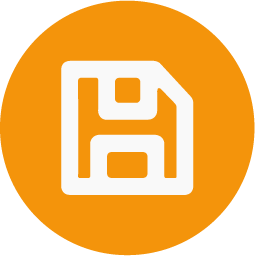 Your memory plays a role in all cognitive processes. It makes it possible for you to remember all kinds of information, such as memories, common knowledge, etc. Your memory is able to store this information from a couple of seconds to an entire lifetime.
Think of a life without your memory, without the ability to remember. You wouldn’t be able to remember the people around you, you wouldn’t remember your childhood memories and you wouldn’t even know how to walk, talk, eat, etc.
Cognitive impairment can be caused by mental diseases such as dementia. People that suffer from dementia slowly lose their ability to remember new things, or even recollect older memories. 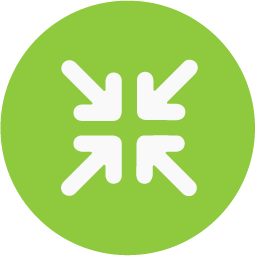 Attention is the ability to choose and focus on relevant stimuli. It is a selection process for both external stimuli such as sound, smell, feeling etc. And internal stimuli such as your thoughts.  Focusing helps you to ignore irrelevant stimuli when performing everyday tasks. To give a clear example, think of the situation where you are reading a book on the bus. Without attention, this wouldn’t be possible. You wouldn’t only lack the focus to actually read, but your brain would try to process all stimuli at the same time. Such as people talking, the sound of the bus, different kind of smells or even the light of the sun.  Focusing is particularly hard for people with attention problems such as ADHD. 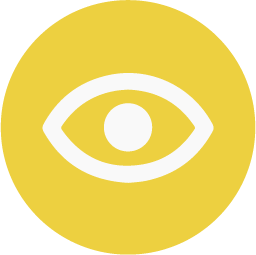 Your perception is the process of capturing, processing and making sense of the stimuli that your senses receive. This includes seeing, hearing, feeling, smelling and tasting. How you perceive this information depends on how you interpret the different stimuli.

As you can probably image, you can’t do without your perception. Without perception, you wouldn’t be able to interpret different stimuli. There isn’t a thing you can do without seeing, hearing, feeling, smelling and tasting. However, it is often seen that people who lack one sense, such as blind people, develop a stronger perception of their other senses to compensate. People that suffer from sense disruptions such as tinnitus have a harder time to perceive information from other senses as they are being distracted by the incorrect perception of one sense. 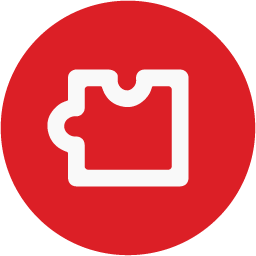 Let’s take the relationships between facts as an example of the importance of logical thinking. The last time it rained and you went out without an umbrella, you got wet. So, when you go out in the rain without an umbrella (fact 1) you will get wet (fact 2). This obvious example is one of many of moments you use logical thinking without actually being aware of it. The ability to form logical connections between information that isn’t obviously related is also what separates our way of thinking from binary systems such as computers. 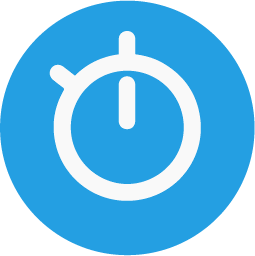 Thinking speed, or processing speed, is the rate at which you can absorb new information, assessing the information and formulating a response to that information. Simply put, it’s the time between receiving and responding to a stimulus.
Quick thinking speed could be really useful and make life easier. Take the queue at a shop for example. You are in the queue with your groceries in your basket. But you're suddenly unsure whether you have enough cash on hand to pay for the groceries. If you're fast enough, you can calculate the cost of the groceries while still in the queue.

The cognitive process and the involved skills

As already mentioned, the mental process we call cognitive functioning makes decisions based on previously acquired knowledge. You wouldn’t be able to do or know anything you haven’t learned before. This acquires knowledge and previous learning experiences are stored within the memory. When someone you don’t know introduces him- or herself, you’ll learn his or her name. This name will then be stored in the memory until you might forget it later.

During the day, you receive all kinds of stimuli through your senses. You use your attention to focus on relevant stimuli while ignoring the irrelevant stimuli. All these stimuli go through your memory to the part of your brain that is responsible for logical thinking and your thinking speed. Maybe you’ve received the exact same stimuli earlier and your brain stored it within your memory. Or your brain can make a connection between the new stimuli and something that is stored within the memory already. Your reaction to this stimuli could be affected by this.
For example, you’ve hurt yourself once by stumbling your toe to the corner of a table. The next time you will walk past that same table, there is the chance that you will remember stumbling your toe there. Because of this, your next reaction to that table will be to walk around it a bit wider.
The image below visualizes the process we’ve just explained. This again shows that the cognitive skills you use during general cognitive functioning might cooperate or even overlap each other.

An example of the cognitive skills in practice

Let’s circle back to the previous example where we’ve stumbled our toe, and break it down to the steps that happen within the cognitive process. At first, your senses acquire all information regarding your surrounding which belongs to your perception. To prevent an overload of information, your brain filters out all irrelevant stimuli and focusses on what’s important.
Then it’s time for the memory recollection because if you don’t want to get hurt again you’ll need to remember how you’ve hurt yourself last time. The previous moment that you've hurt yourself at that table is stored within your memory.
The combination of the filtered stimuli your senses received and the memory of the previous time you walked by that table will go to the decision making phase. By thinking fast enough and logical thinking, your brain sends a message that you need to do something different this time. Resulting in keeping a bit more distance from the table when walking past it.

The level of each of your cognitive skills can vary. Depending upon the extent to which a skill is practised, learning methods, ways to remember things and the way you interpret stimuli to affect the level of each skill.
Let’s say one person has been working in catering, requiring quick reactions that are relatively simple. This person would be mostly developed in thinking speed. However, an architect would be more developed in logical thinking as that person would generally be working with more complex situations that come with less time pressure.
The development of cognitive skills starts in early childhood. Although most cognitive skill development occurs during early childhood, the development continues for a big part of your life.  This can be explained by children still needing to learn a lot because you wouldn’t be able to know or do anything you haven’t learned yet. While adults have had a lot more experiences that resulted in their brain adapting and thus reaching a certain cognitive skill level.
At the same time, a lot of factors can negatively impact the cognitive functioning of your brain through life. 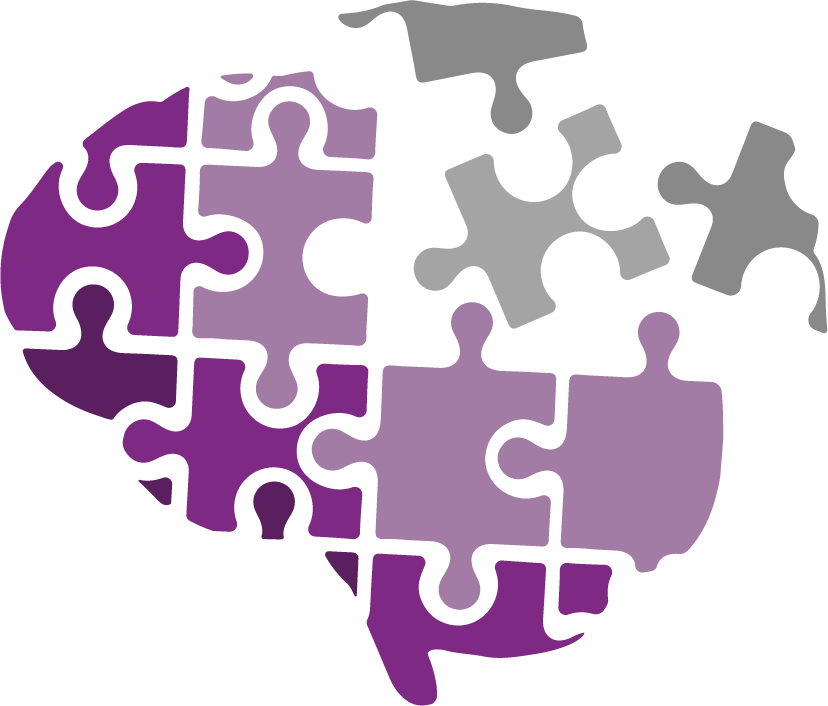 The level at which your cognitive skills perform can be both positively and negatively impacted by lots of factors. Although you may not have control over all of these factors, there are some factors that you can influence in a positive way. Some examples of causes of cognitive decline are:

The degree to which the examples above impact cognitive decline is very specific to each individual situation. Some people experience cognitive decline as they grow older, while other people will still experience the same strength of their cognitive skills as much as they used to in their 20’s.

How can I improve my cognitive ability? 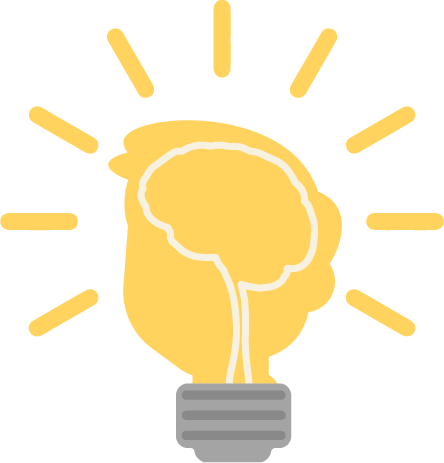 Cognitive skill levels vary per person, this is a result of the brain adapting itself to the stimuli it gets during life and external factors as mentioned above. Many researches have shown that the brain has the ability to change during your entire life, growing new cells and making new connections. These changes are called neuroplasticity and can improve cognitive functioning. You can compare this with how we are able to train our muscles. While part of how your body works is genetic, running a marathon is much more likely to happen after weeks of training. Training your brain is very similar, when you stimulate it properly, it’ll grow used to certain skills being used more often and thereby developing them further. You can do this by practising, exploring and learning new things. Someone who finishes a Sudoku every day becomes more skilled in finishing Sudoku puzzles.
Whether you’re starting to get more forgetful or it’s getting harder and harder for you to stay focused, challenging your brain with related tasks can improve your cognitive functions to grow stronger for similar tasks.

So next time you are thinking about an old memory, working or just reading in a bus, you might be aware of the processes in your brain that make this possible. Even as you were reading this article, your memory, attention, perception, logical thinking and thinking speed have all been used to read and process the information. Although there are both internal and external factors that might affect your cognitive skill level, you can improve your cognitive ability by challenging your brain.