A second language is good for your brain

Learning a second language is super useful, especially if you’re going abroad. Knowing a second language has many advantages, partly because you don’t have to be dependent on others. But what many people don’t know is that it’s more than simply useful and fun, it’s excellent for your brain too! There are many different advantages of bilingualism, depending on when the second language was learned.

A study from 2009 showed that people that learned a second in their childhood, are better at task switching. In this study, participants had to do an experiment where they had to quickly switch between tasks. Participants that were bilingual had less difficulty doing this compared to monolinguals (people that are fluent in only one language). Also, the participants that learned the second language early in their lives logically had a better general knowledge of the language than those who acquired their second language later on in life. 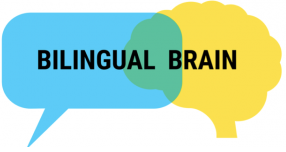 People that learn a second language when they are older are better at inhibiting (self-control), a study from 2004 showed. In this experiment, participants had to carry out four different virtual games where rules quickly changed after a couple of turns (a bit similar to BrainGymmer’s ShopShift game). Bilinguals were significantly better than monolinguals.

Even more significant: research has shown that bilingualism can partly delay dementia and Alzheimer's. Researchers looked at 648 patients, of which 391 were bilingual when their symptoms of dementia started. Bilingual patients developed dementia 4.5 years later than monolinguals. It made no difference if a person knew more than two languages.