How your brains thinking speed works 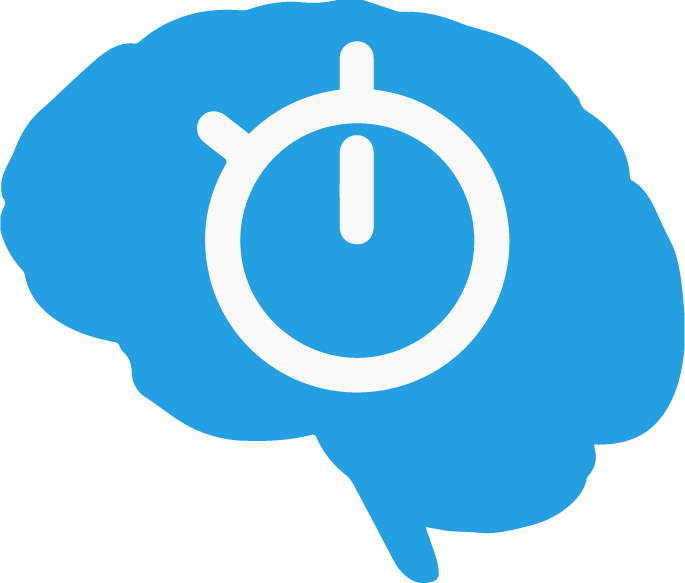 What is thinking speed?

As already mentioned, thinking speed is the time your brain requires to react to stimuli it received. Before we can explain what causes slow or fast thinking speed, it is important to understand this process. So how does the thinking speed process works? What actions does the brain take to create a reaction on stimuli? For this explanation, we’re going to kick a ball and go through the steps our brain takes to make that happen.

The first step of the process is receiving stimuli you are going to react from your senses. This includes everything you see, hear, smell, feel and taste.
In this example, this means that the image of your surrounding and the ball are being detected by your eyes. We are solely talking about the iconic (sight) sense as an example.

Next, your perception interprets the information your brain received through your senses in a form you can understand. The image of your surrounding and the ball will be interpreted as a field of grass, trees and a ball. Your brain gathers this information from memory. Now that you’ve seen the ball and you know that it’s a ball because your memory made this connection. This is also called the perceptual mechanism. 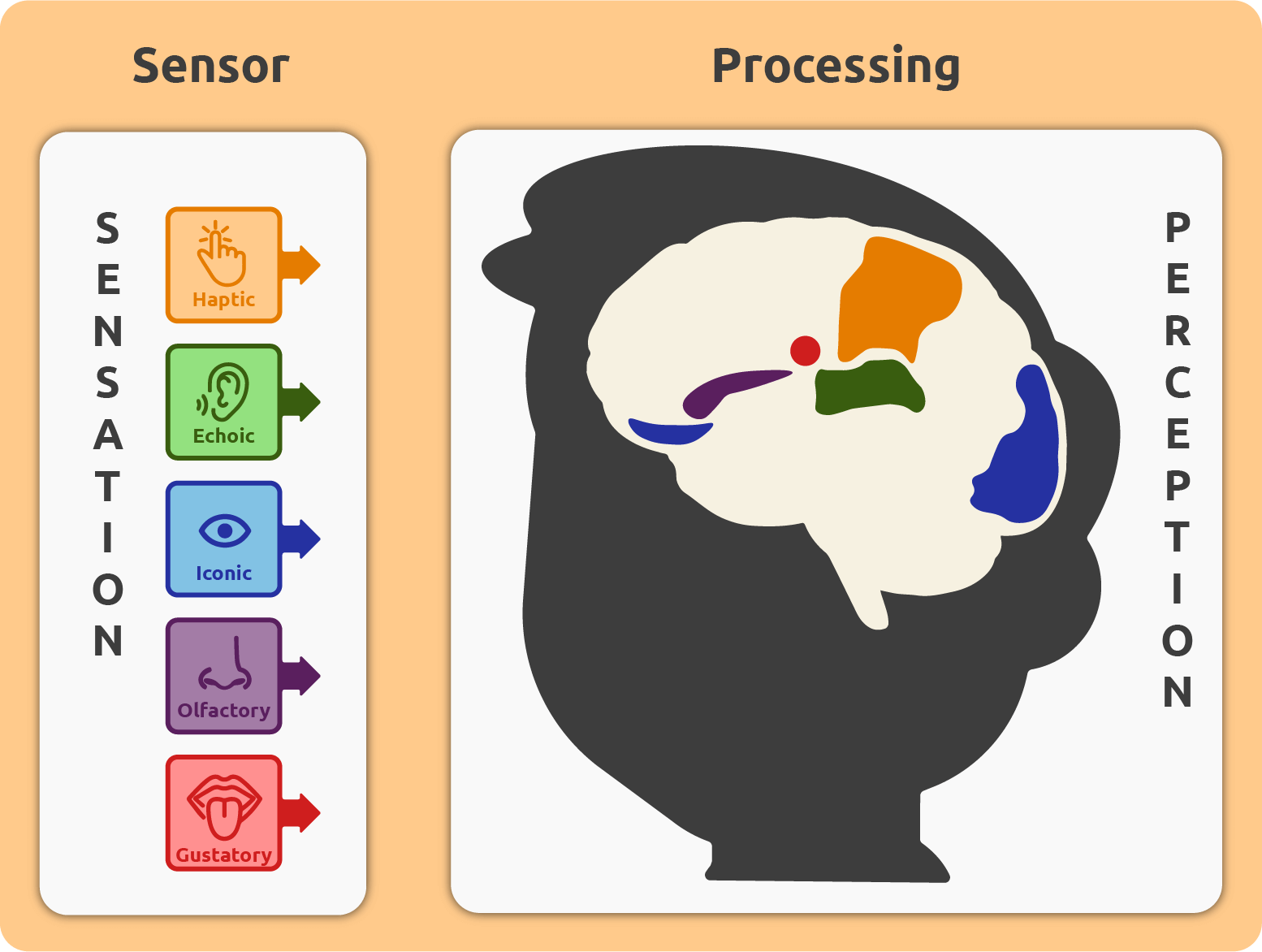 Stage 4: From translation to signal with the effector mechanism

Now it’s time to determine how to execute the decision that was made during the translation stage. This is also known as the effector mechanism. The effector mechanism receives the previously made decision and translates it into an executable plan ready to send a plan for the relevant part of your brain. After the plan is defined, the plan will be send in the form of a signal.
In the example of our ball, this means that the part of the brain responsible for moving your body receives the signal. This part of the brain is also called the motor cortex.

The final stage is receiving feedback. This occurs in the form of signals within your brain telling you if the performed reaction was successful. Your brain judges the outcome of your reaction by comparing it to other experiences that are stored within your memory.
Depending on the outcome of your reaction, you might have kicked the ball in the wrong direction because you used the wrong part of your foot. Your brain might determine that the outcome wasn’t as well as that time you scored a goal. 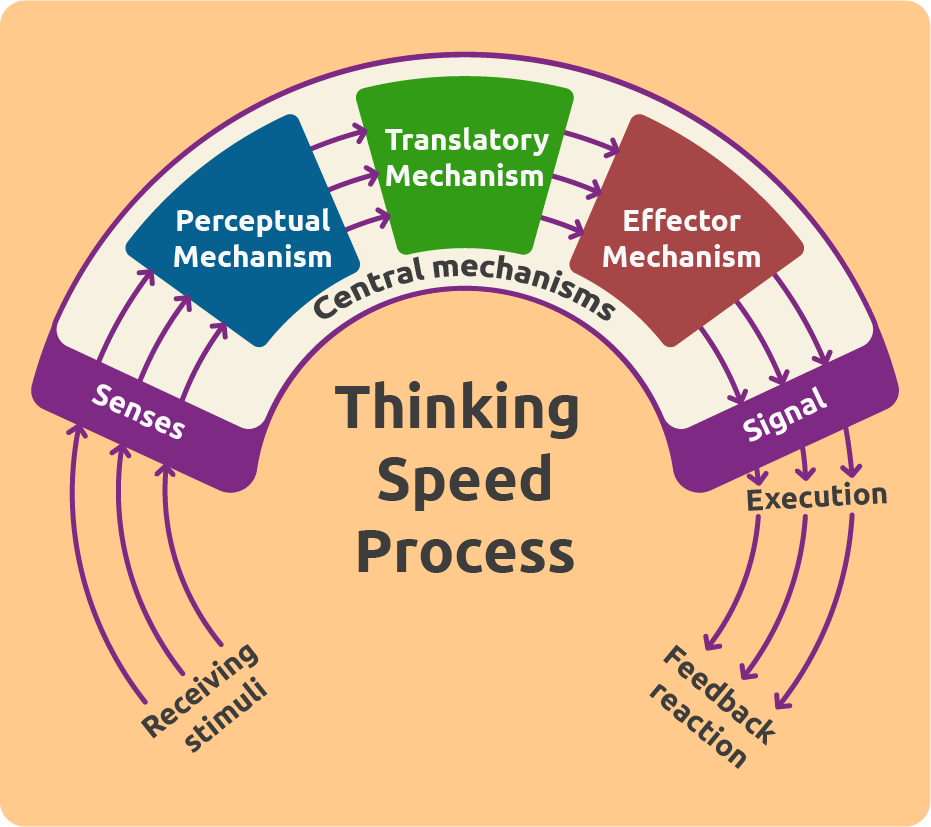 Why is quick thinking important?

A well developed thinking speed, causes you to react faster to situations. This might have a lot of benefits when executing tasks ranging from easy to hard ones. Important skills relevant to perform these tasks such as planning, problem-solving or staying focussed can be enhanced by a quicker thinking speed.
It might benefit the time in which you are trying to study for a school exam, athletic performance during sport or simply your response time when driving. A well trained and maintained thinking speed can help you stay mentally sharp as you’re getting older. 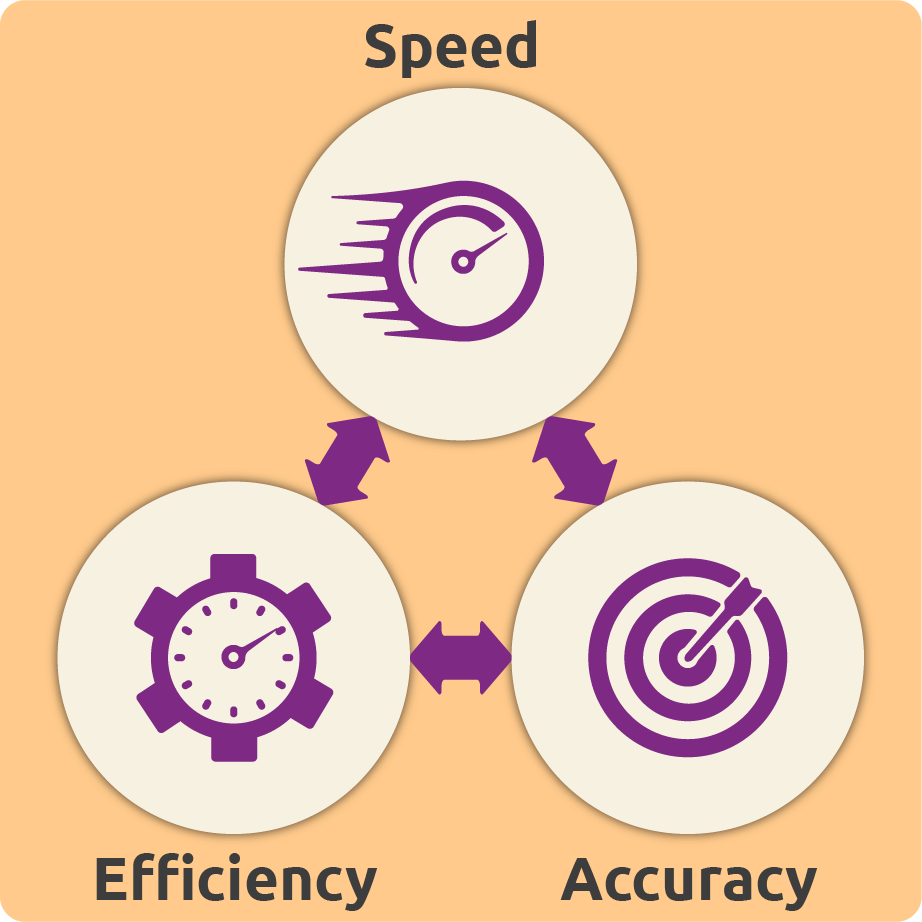 While you may sometimes feel like you’re having trouble executing tasks because you aren’t thinking quickly enough, most people actually lack in efficient and accurate thinking. This occurs when forcing your brain to think faster than its limits, causing it to lose accuracy. Your brain is probably already performing as fast as possible while staying efficient and accurate. Yet, a lot of people could push the thinking speed slightly without a risk.
So for most people, their goal isn’t just to improve their thinking speed, but also to retain the efficiency and accuracy when forcing the brain to process faster. So while your thinking might feel slow to you, it might actually be your efficiency or accuracy that are keeping your brain from thinking faster. Thinking fast isn’t very helpful if you aren’t thinking clearly, accurately, or logically. It would just get you to draw incorrect conclusions faster.
So you should work on efficient and accurate thinking instead of fast thinking? Wrong, to preserve the quality of your thinking when forcing your brain to pull up a notch the three are equally important.

What is the cause of slow thinking? 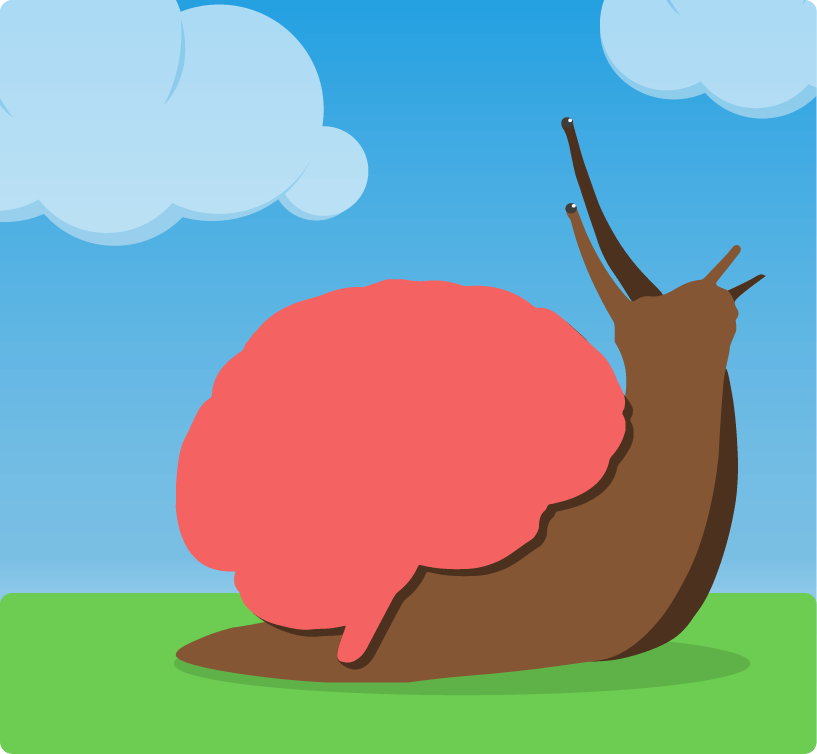 How can I improve the processing speed of my brain?