As people get older some brain functions become slower and less accurate. Scientific research shows that mental challenges and activities can help in maintaining optimal performance and to slow down deterioration.

On November 13th, 2014, BrainGymmer started the project Mental Fitness for Elderly (MFE). A special Brain Training Program was designed specifically for this project, and around 150 elderly will take part in the program. The project will take place within a healthcare institution in the city of Lelystad, the Netherlands. Together with the University of Amsterdam and Leiden University, the influence of brain games on cognitive skills, such as memory and concentration, of the elderly will be studied.

In this research, psychologists from Leiden University will measure the effects of 'mental fitness', where fitness consists of playing our brain games. Firstly, the current state of the cognitive skills of the elderly participants will be examined. Subsequently, they will train for a period of eight weeks, a total of 30 times, in 20-minute sessions. At the end of eight weeks, after the training period has been completed, their cognitive skills will be assessed once again, to see if any improvements have been made. 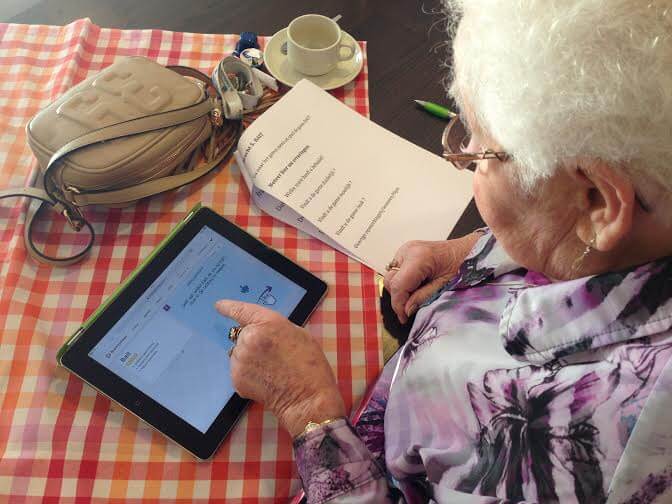 We have completed several pilot studies in connection with this research with Dutch Media coverage.