Boost for your brain: surprise!

Do you have a nice surprise planned out this Valentine's? Or maybe you will be pleasantly surprised this year? Lots of people like pleasant surprises, whether it be a surprise party or a letter from your secret admirer.

Researcher Read Montague, Ph. D., neuroscientist at Baylors Center for Theoretical Neuroscience, thought, together with many other scientists, that the neural reward pathways in the brain that connect the pleasure centers become especially active when we experience or do things we like. But it turned out that, when he tested this idea by means of brain scan experiments, these reward pathways respond more heavily to unexpected stimuli than to pleasant stimuli. In his research he tested, by means of fMRI (a scanner giving a detailed image of which brain areas are most active), how the brain reacted to surprising events.

Guess what? The human reward pathways in the brain became most active when the squirts were unpredictable. The nucleus accumbens, the pleasure center of the brain, reacted most heavily on the unexpected stimuli, regardless of whether the test subjects preferred water or fruit juice. 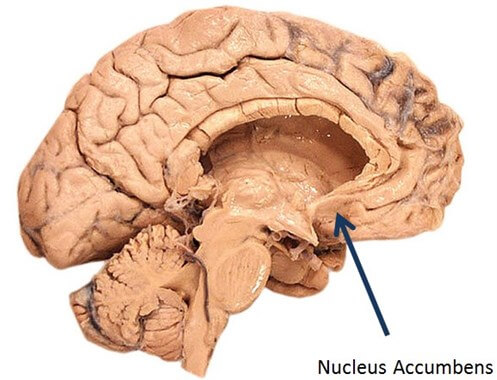 Against the expectations of many sceintists it was found that our pleasure center doesn't always react the same to pleasant stimuli, but mainly responds to when the stimuli is unexpected. This means that our brain likes unexpected pleasures more than the pleasant experiences we expect, and this has little to do with what people say they prefer.