By Jochem23 April 2021
There is a new way to analyze the brain that has been gaining popularity lately: SPECT imaging. It is a way to make brain activity visible. What this means, is that we can effectively ‘see’ problems in the brain. Knowing what is going on is the first step in figuring out how to better your brain. Quickly, new discoveries were found on the effects of drug abuse, alcoholism, and several mental illnesses such as ADHD and OCD. What is amazing is that a SPECT scan can precisely show which part of the brain is damaged or defective. Let’s start off with a few examples to illustrate what this can look like. 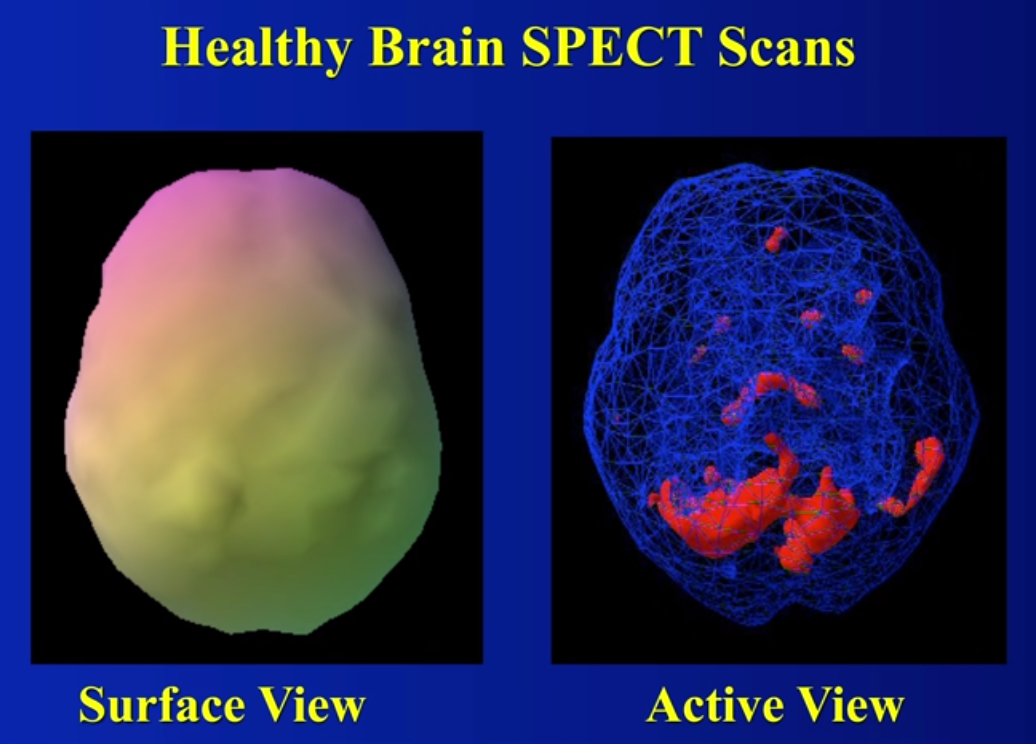 As we can see detailed here, a healthy brain has the following properties: on the surface view scan, it is smooth and even in shape (the color in this scan is irrelevant). On the active view scan, it shows a healthy amount of activity, mostly in the back side of the brain. The more activity, the more a red pattern shows up. This is important to keep in mind when we start looking at unhealthy brains. 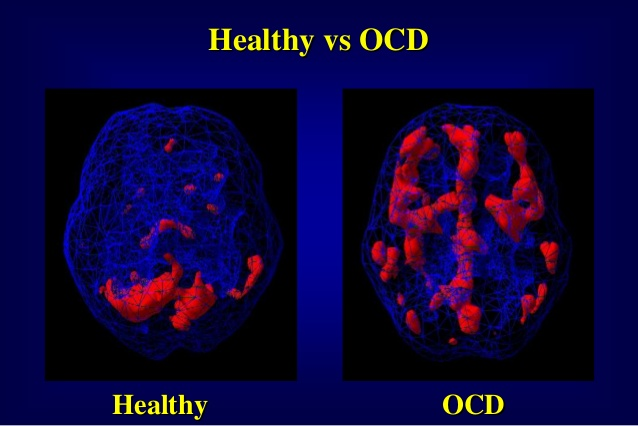 When we analyze the brain of a person suffering from Obsessive Compulsive Disorder (OCD), a SPECT scan reveals that its activity is both too high and in the wrong places. The frontal lobe of the brain is supposed to be less active and more relaxed than the other parts of the brain, but a person suffering from OCD has an overactive frontal lobe. This causes an increase in sensitivity to stimuli and it causes the well-known symptoms of obsessive thoughts that are uncontrollable. What a scan like this reveals, is that the key challenge for people suffering from OCD is to calm down their frontal lobe. Knowing this is already a huge leap forward in trying to come up with solutions. 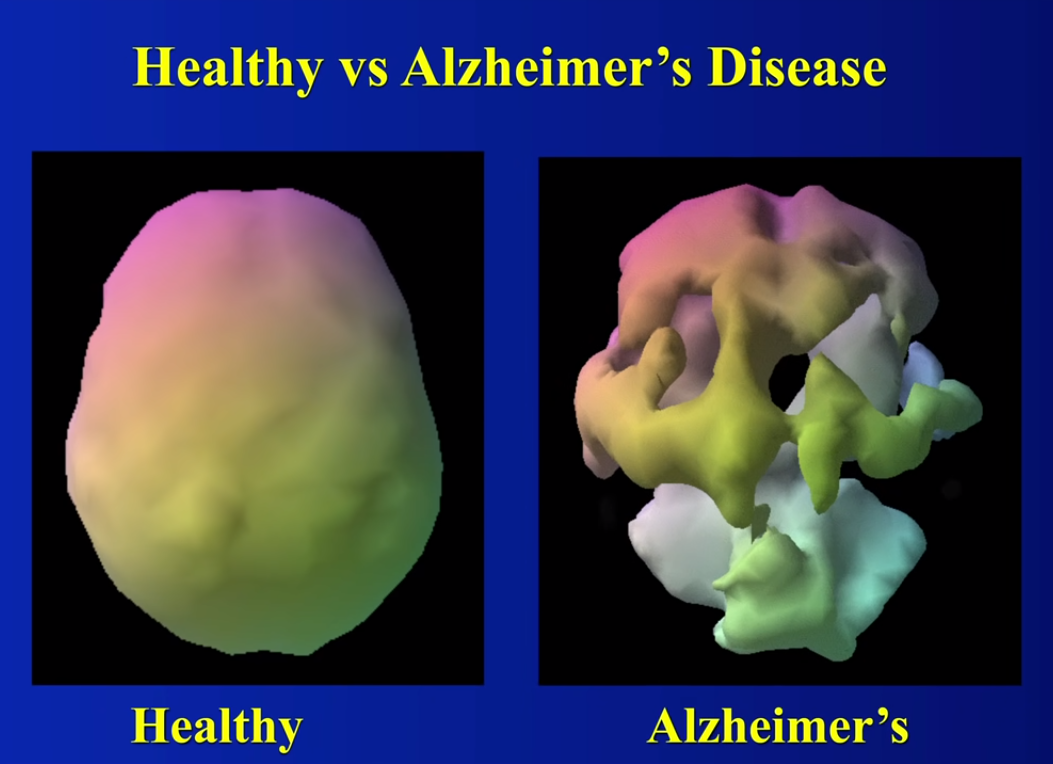 As can be seen in this scan, the brain of an Alzheimer’s patient is deteriorating all over, but mostly in the back section of the brain. The patient in question is in a very progressed state of Alzheimer’s, and being able to see which parts of the brain are most affected, helps in determining the proper treatment. Also, if we can precisely figure out the effects of Alzheimer’s disease on brain activity, then SPECT scans can also help in early diagnosis. 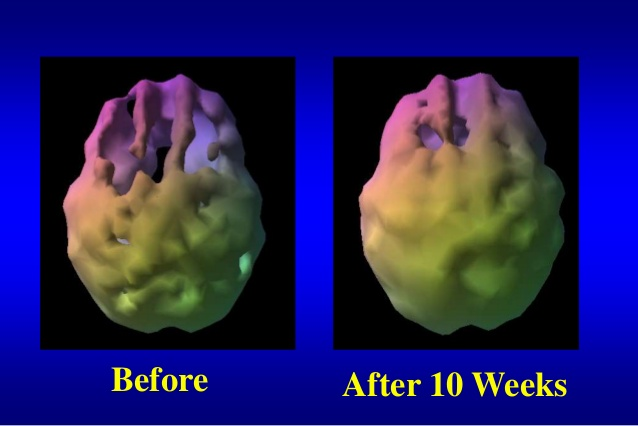 This is a scan of Nancy, who had been diagnosed with Dementia. Her doctors recommended her husband to take her to an elderly home. The prediction was that she would deteriorate within a year to the point of being unable to care for herself. Instead, medical examiners tried something new, they made a SPECT scan of her brain, which revealed the troubled area, and started an intensive brain training program to strengthen the weak areas of her brain. After only 10 weeks, significant results were detected when another scan was taken. Now, 5 years later, she still lives with her husband and can still take care of herself and her family.

The Brain you have

There are a few conclusions to draw from this. First of all, because Nancy was able to visualize her brain and see the problem area, an effective treatment was easy to come up with. The frontal lobe needed to be worked on specifically, because it was almost completely inactive. Secondly, this experiment has proven that brain training can counteract the effects of dementia. That is a huge discovery, and it highlights one simple fact: You are not stuck with the brain you have. You can improve the brain by yourself simply by making use of brain training.

On Braingymmer.com, Brain training is made fun and easy. With our interactive games, you can train your memory, reaction speed, pattern recognition and much more. This way, you can improve the health of your brain and have fun at the same time. Try it for yourself, there are 10 free games to play every week!