All the research that is done gives us a better understanding of the brain. Not only do we learn new things, but we also discard statements about the brain that we thought were true. BrainGymmer gives you five myths about the brain we took for granted, but which are now busted. We count down to the most ridiculous one!

Even though it is true that binge drinking is bad for your brain, moderate drinking won't kill brain cells. Alcohol will only be able to kill brain cells when it’s consumed in such large quantities that the person drinking would die too. Maybe you’re thinking: ‘but what about people with Korsakoff syndrome?’ This syndrome is due to a lack of thiamine (vitamin B1), because alcohol disrupts the absorption of this vitamin. This does not say that alcohol cannot damage the brain at all. Alcohol can, in fact, damage the dendrites of brain cells. These are required for information transfer.

People used to think that you are born with a set number of brain cells and during your life, you can only lose cells. It was also believed that the brain can’t be ‘repaired’. Of course, now we know that the brain is plastic and able to create new connections. The brain can recover or compensate for certain damage. Even the regeneration of new cells is possible.

There are some who think that playing Sudoku counters the effects of an ageing brain. Especially when they notice they’re getting better at it. However, that is the only thing that happens: they get better at Sudoku. Only games that utilize the whole brain are useful.

It is said that someone who’s very creative and artistic makes more use of the right brain, and someone who is technical and has logical insight makes more use of the left brain. Brain scan technology has shown that both brain hemispheres work together at all times and that they transfer information with one another. For example, the meaning of language is processed in the left hemisphere while the intonation is processed in the right.

This is not how it works.

This year the movie Lucy came out in theatres, where it is claimed that we only use 10% of our brain and it is speculated what we could do with 100%. All the evidence has however shown that we practically use all of our brain all of the time. The rear of the brain is constantly processing virtual information, meanwhile, the front of the brain is busy concentrating on the tasks at hand. All the while the centre of your brain is remembering everything you read, etcetera.
This statement originated back in the day when we didn’t know so much about the brain: we were only able to tell what 10% of the brain was for, the rest was still to be studied. 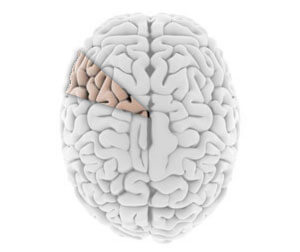